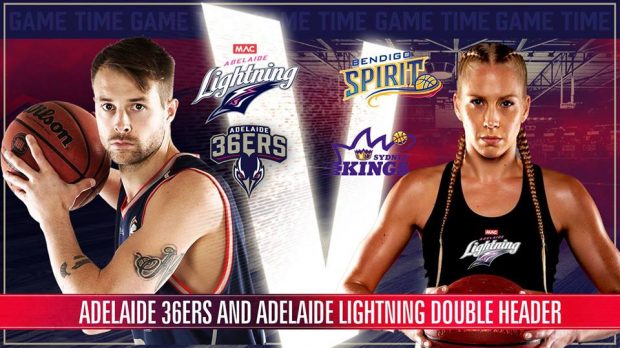 A near capacity crowd greeted the 36ers and Kings on a Saturday evening in Adelaide.

Both teams desperate for a win and to gain confidence after big losses last up.

Just before tip off, it was announced that Josh Childress would be the new import for the Adelaide 36ers.

After hardly landing a basket on this same very court last Saturday, the 36ers could hardly miss as they made a blistering start to score 38 points in the first quarter and lead by fourteen over the Kings.

With huge blocks in the second quarter and attitude in the faces of the Kings faces, the 36ers regained their dominance until half time.  The 36ers went into the break with a 19 point lead.  Sobey had a huge first half with twenty points while Travis Leslie was keeping the Kings in the game with sixteen points.

The 36ers kicked it up another gear after the break where their offence continued to be strong and Sobey continued to full up the highlights reel.  At three quarter time, the 36ers held a commanding ninety one to sixty one lead over the Kings.  And with the expression on Andrew Gaze’s face courtside, he just wants the last quarter over quickly to end the nightmare for him and his Kings.

The domination rolled on for the 36ers in the last quarter to end up winning by thirty points and registering their first home win for the season.  A couple of away games are now ahead for the 36ers.  For the Sydney Kings, lots of thinking ahead for Andrew Gaze before their next game after two huge away losses in a row.