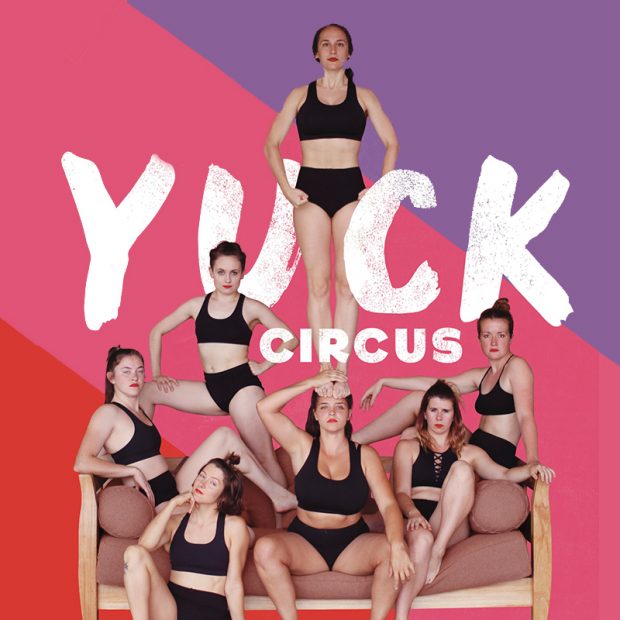 Set out to challenge the typical Aussie Male-Norms, reject double standards and empower the ladies of this world, YUCK is a talented and shamelessly hilarious powerhouse of seven female acrobatic dancers. It is in your face, it’s one of a kind, and it’s outrageously wonderful.

Starting off with a hysterical act in which the young women emerge with painted moustaches entirely assuming the roles of a typical Aussie bloke. Straight away they capture their audience with their strong stage persona’s and dance/acrobatic skills.

They follow this with ridiculously comedic skits which shamelessly confess the life of a lady living in this world. From love life and breakups, to periods, to denying the advancements of men (in hilarious emoji form); YUCK manages to address important women’s issues through fantastic light-hearted comedy and theatre.

As for their name YUCK, they’re not here to make you cringe or make you uncomfortable they are just trying their best to portray the determined everyday woman in real life situations.

A ridiculously unforgettable show. By addressing important female issues and double standards through comedy and art, YUCK Circus contains everything necessary to be a Fringe-favourite this year and for years to come. My hopes are set on seeing these talented acrobatic gals grow further in fringe years to come.