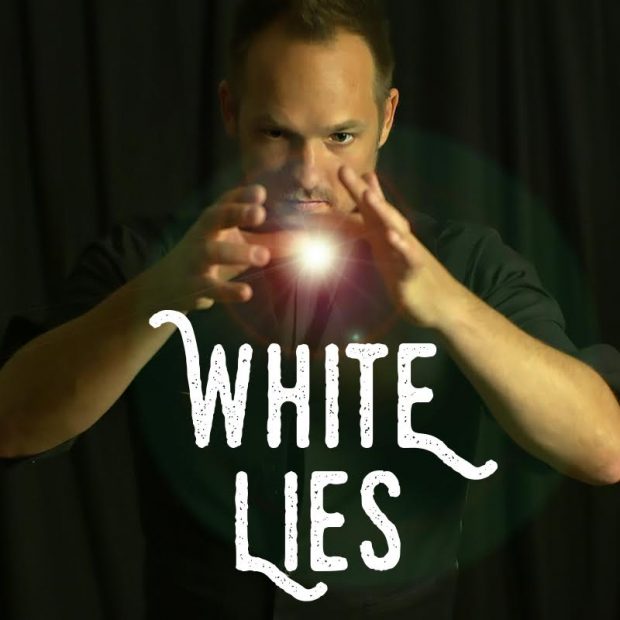 White Lies is a family friendly magic show at the Holden Street Theatres. Interestingly and at times confusing, the show starts at the end and works its way to the start of the show.

Pierre Ulric is the “magician”.  I use the word lightly because as he puts it, he is into “theatrical surrealism”.

Starting at “the end” he talks as if we knew already what had happened “before”. Confused? As I said, it was confusing at times but from here Pierre takes us on a performance of card tricks, déjà vu moments, spoon fork and handsaw bending.

The hypnotism segment which works impressively and Pierre even “hypnotises” the whole audience which amuses some and impresses others.

At the end of the show (the “beginning”) he gets people up on stage including yours truly and mesmerises us with name and character guessing, always getting it right.

This is not a fast paced, loud, big budget magic show but it was still impressive. Well, it impressed me as I was part of it and I definitely wasn’t a “plant”.

As Einstein once said “Imagination is more important than knowledge. For knowledge is limited, whereas imagination embraces the entire world.” Tonight we entered Pierre’s world of imagination and were suitably overwhelmed with his talent of surrealism.

One for the family to have a good time at.