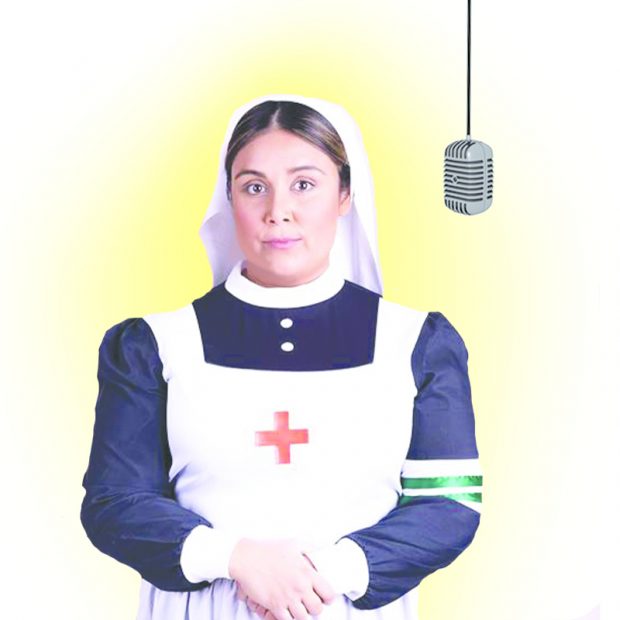 Zulie Khan has been a nurse for a number of years, working her way up to being employed in one of Melbourne’s trauma wards and she has seen it all, including apparently a lot of penis’s. Her loves have always been nursing and entertainment and this evening to two joined into one.

She arrives on stage to the tune of George Michael’s song Faith, but with the words changed to suit nursing. She then proceeded to give us a history lesson on nursing and how it came about because of the Crimean War. The show is semi-autobiographical as we learn her ancestors worked in nursing in World War 1.

She also explains how she got into nursing (her father was a doctor and mother a nurse), while reading poetry and singing to famous tunes, while changing the words. Mary Poppins “These are a few of my Favourite Things” is one.  Zulie also interacted with the audience, sometimes with humorous results, like trying to explain to a 15-year-old lad that what she had in her hand was a vagina spreader.

Coming back to penis’s, she sings “I’ve seen every penis” to the tune of “I’ve been everywhere” and then gives a demonstration on how to clean a penis properly. Sometimes for us non-medical people there was just too much information.

But there is also a serious side to the evening, talking about working in a trauma ward and also about nurses being abused by patients, sometime by some who know what they are doing and other times by those who don’t, but in the end, nursing is what she loves to do.

Great songs, great comedy and a few moments to reflect on the life of a nurse. The packed room of (mainly) current and ex nurses loved it. So did us non-medical people.