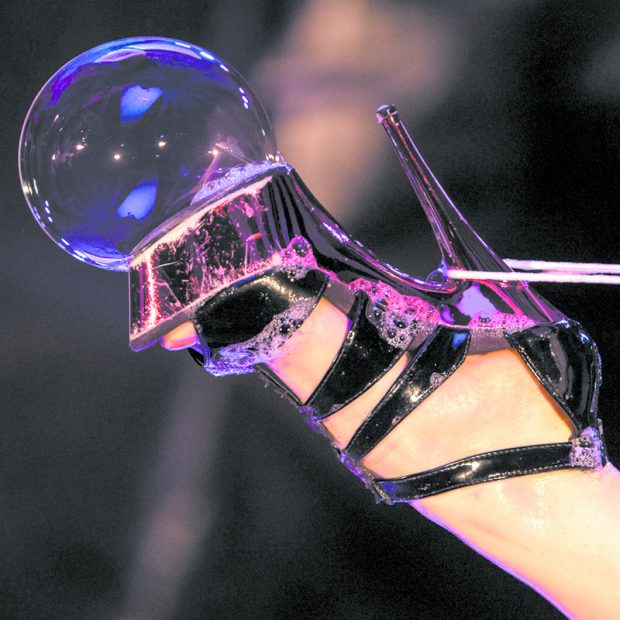 What: Bubble Show For Adults Only
Where: Gluttony
Duration: 1 hour
Presented by: Bubble Laboratory

First thing’s first – it’s not what you have in mind, I can guarantee.

This part-mime comedy show starts off with some innocent playful bubble tricks – and you start to wonder what on earth you have bought tickets to see. Classical French music sets the romantic scene between a man and woman theatrical combo in what appears to be a cute little bubble mime. Don’t get me wrong, the bubble tricks are mesmerising, as they create complex structures all with some soap, water and a bit of cheeky pipe smoke. But you’ll probably be bit confused as to why this is for ‘adults only’.

After a solid five minutes, the atmosphere all quite suddenly takes a drastic turn, and there’s clothes flying all over the place. You don’t want to be shy for this part, as crowd members involuntarily become involved. Perhaps some of your wild fantasies will be role played – expect everything from foot fetishes to sexy baby rituals.

However, it’s all fun and games until the pair delve into the harsh reality of repetitive relationships. You’ll question your past and future – maybe this show will change your life forever. Who would have thought bubbles could have such a profound impact on ones self. Perhaps the bubbles are trying to send us messages from the universe – “things aren’t always as they seem”, is what these bubbles would whisper. These hypnotising windows into another dimension are shiny on the outside and empty on the inside – just like some relationships.

Anyways, moving past this brief yet depressing scene, you might even forget you’re at a Fringe show and think you’re instead in a strip club. No joke, don’t bring your partner if they are the jealous type and don’t want other nude bodies burnt into your brain. But hey, what’s a little fun?

The tent turns into energy central, and if you’re not feeling the love during and moments after you leave, then I’ll be concerned.

This show evokes continuous laughter and sexual healin’ and feelin’, so all in all, a great show.