NEW TRACK “ALL I SEE IS MUSIC” DROPPED TODAY

In more news, the hip-hop heavyweights have announced they will be taking their new album on the road for their I LOVE SONGS TOUR. The tour kicks off at The Forum in Melbourne on Saturday November 10th wrapping up at Fremantle Arts in Fremantle on Saturday 8th December.

LISTEN TO NEW SINGLE “ALL I SEE IS MUSIC” HERE

Fans of the group will be familiar with their frequent political commentary, but amongst an increasingly turbulent society, Thundamentals have decided to focus their album on what’s been lost amongst the chaos: Love. As a result, I Love Songs is an intensely personal listen, focusing on love in its varying forms, and showing Thundamentals’ undeniable writing ability in a more intimate light.

“Everyone knows how f**ked we are politically, and Thundamentals have been banging on about it for ten years,” Tuka says. “We just wanted to write love songs instead, ones that would actually make people feel calm and connect with people around them”

With the subject matter at hand, it’s no surprise that this is Thundamentals’ most effortless album, and their quickest to complete. “I really feel like we made it without a lot of preconceptions. It just feels like the most natural, ‘true to us’ project that we’ve ever released.” Jeswon says.

The concept was conceived and executed while the group were touring their 2017 album Everyone We Know, written in candid moments of on-road reflection. I Love Songs explores the isolation and broken romances that happen behind the scenes, away from the sold-out crowds and star-studded festivals. It’s an album of stark contrast, and brutally honest introspection that yearns for something more.

In terms of production, the album reflects the vast array of emotions explored by the band, while pushing further into the sonic territories of electronica, gospel and R&B. There’s the silky modern hum of album opener ‘All I See Is Music’, ‘Eyes On Me’ transports you to sunnier times with its warm island embrace, and ‘Everybody But You’ builds slowly into a mesmerizing sing-a-long at its conclusion. Mostly self-produced alongside acclaimed Sydney multi-instrumentalist Carl Dimataga (Khalid) and featuring guest appearances from Australian upstarts Eves Karydas and Adrian Eagle. I Love Songs is a contemporary and adventurous approach, while still retaining Thundamentals’ traditional roots in rap.

2018 marks a ‘Decade of the Thundakat’, and with 10 years under their belts Thundamentals are now moving with more momentum than ever. You can catch the trio as they embark on their album tour in November with tickets onsale Monday August 13th. 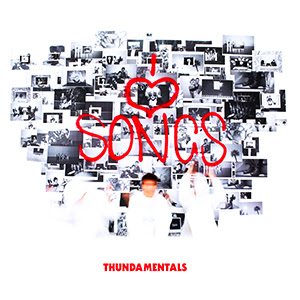 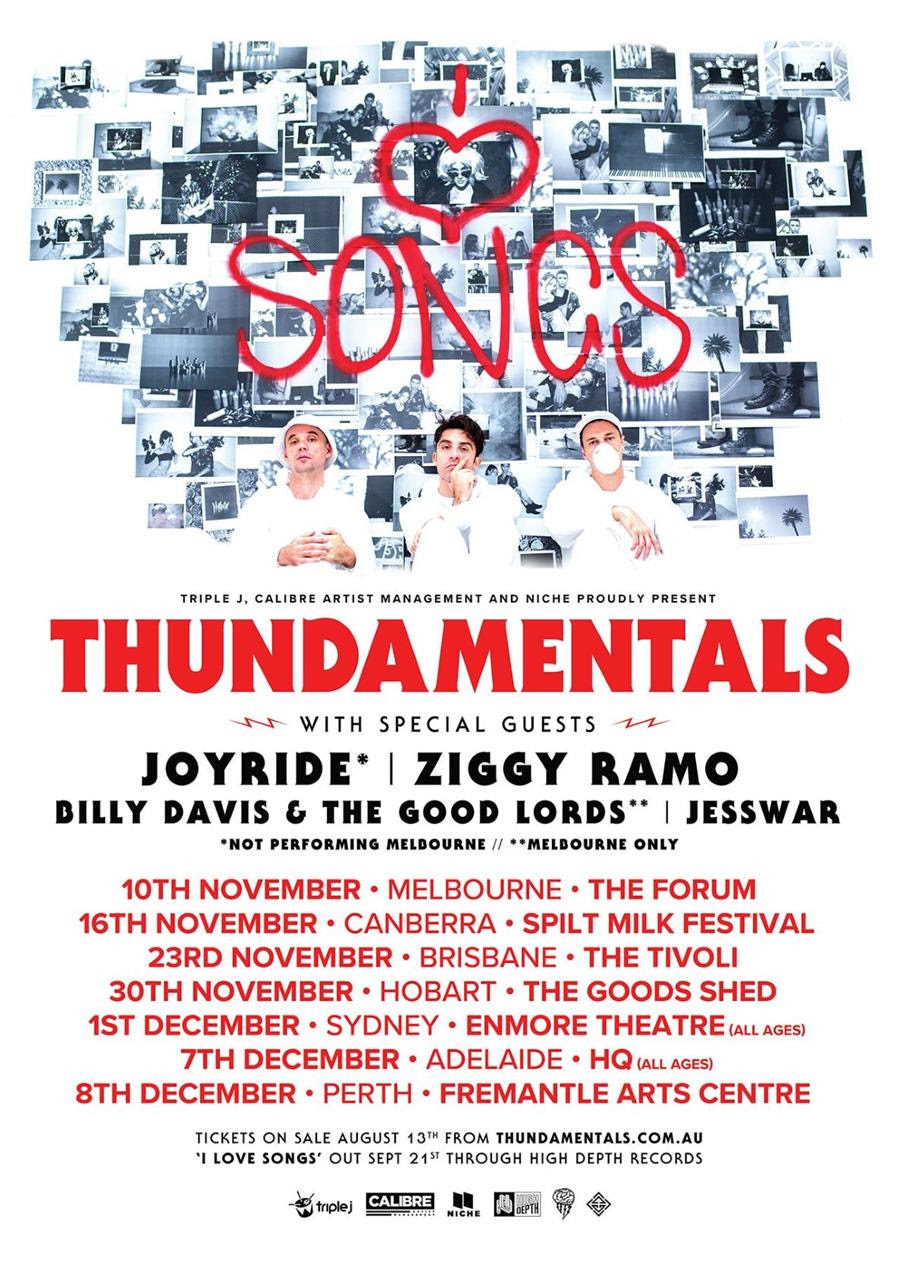