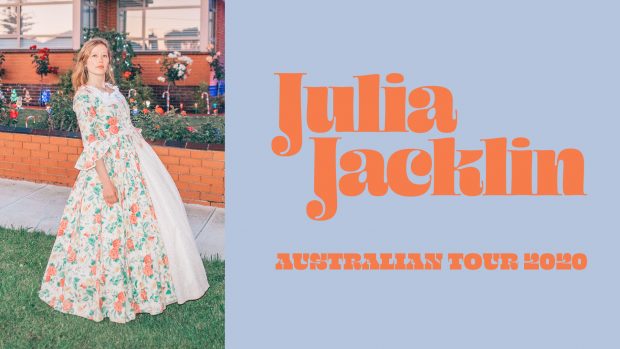 It’s been quite the year for Julia Jacklin, her sophomore album Crushing was released to critical acclaim and resulted in debuting Top 10 on the Australian ARIA Chart. To back that up, it was recently announced that it has successfully gone on to receive six ARIA nominations including Best Female Artist, Best Independent Release, Best Adult Contemporary Album and Best Cover Art.  Now Julia brings a brand new video for the fourth track from Crushing – ‘Don’t Know How To Keep Loving You’.

Frontier Touring is absolutely delighted once again to bring to the stage the astounding Julia Jacklin this coming March 2020 with shows Thursday 5 March at the Enmore Theatre, Friday 13 March at Perth’s Astor Theatre, book ending the tour Saturday 14 March at The Gov, Adelaide. All of Julia’s Australian shows earlier this year SOLD OUT, so get in quick to secure your tickets.  General public on sale is Wednesday 23 October 10:00 am local time via frontiertouring.com/juliajacklin.  Fans will be in for a captivating evening with recent lauding reviews:

“Australian singer/songwriter Julia Jacklin performed at a heaving and sweaty Electric Brixton, filled to the brim with fans eager to push their way to get a glimpse of the artist who has quietly come to the forefront.” – The Line of Best Fit UK

“She just laid out her heart at the audience’s feet and they loved her for it.” – The Age

“We leave the venue feeling crushed emotionally while crushing on absolutely everything about Jacklin. Jacklin is holy realm perfection.” – The Music

The enchanting video for ‘Don’t Know How To Keep Loving You’ is the fourth single from her well regarded sophomore album. Jacklin said of the process;
“The video was filmed in the upstairs function room of a Turkish restaurant called Alasya, on Melbourne’s Sydney Road. I was initially drawn to the wood panelling and red carpet. Everyone in the clip is a friend from Melbourne except Harry, who was visiting from Sydney, and also plays bass in my band. He’s also featured in three of my other clips.

“The idea for this video was hard, however I knew it had to be kept simple, with the song doing all the work. I love that it was one shot for that reason.”